John J. Schweitzer was born in Chicago, IL in 1913; he started in the construction industry at an early age. His mother ran the office operations for a paving company in Chicago, so he came by his interest naturally. After completing college with a degree in Civil Engineering he married and returned to Chicago. He began building sewer systems until World War II broke out. He voluntarily joined the Armed Forces and served in the Navy Seabees, building bases in the Pacific theater. After his honorable discharge he returned to Chicago and joined Herlihey Mid Continent Company as a project superintendent. Herlihey was a large general contractor that performed work throughout the Midwest. He came to Battle Creek in 1946 to build the Angel St., Michigan Carton Plant. From 1946 until 1961 he ran work at Kellogg’s Battle Creek Plant, he built Flint Junior College, he completed a large office complex for Consumers Power Company in Jackson and finally built Loy Norix High School in Kalamazoo. After the completion of the Loy Norix project Herlihey decided to close their West Michigan branch. By then John had developed many long lasting relationships, so he was committed to stay in Battle Creek.

He had vast experience in construction and the confidence that he could succeed by offering personal service to industrial clients in the Battle Creek area and so Schweitzer Inc. was founded in 1962. Like most startups Schweitzer was understaffed and undercapitalized. In the early days John found himself in the field with his tools as well as meeting with clients and pursuing new work. He worked long nights doing estimates and all other necessary paperwork. Early projects at Eaton’s and Battle Creek Packaging Machines, Inc. started the momentum that lead to growth. By 1964 the company moved to an office in Springfield, hired an office manager and employed four or five field personnel who shared John’s vision of great craftsmanship and a commitment to customer satisfaction. 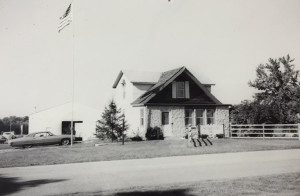 Steady work at Kellogg Company in the late 60’s brought more people into the company and saw a move to Bellevue Road where the company remained for over 50 years.

Because Schweitzer Inc. had a fairly steady work load they were able to recruit the “best and brightest” from the local trade unions. John’s long experience gave him an uncanny ability to see and retain good talent. Schweitzer’s success in those early years was in large part due to the field personnel who found their way to the Company. Many of these workers spent their entire careers with Schweitzer often retiring with over 20 years of service with the Company. In the early days, when cash flow was a problem, these men would wait for a signal before cashing their paychecks. That is just one example of the sense of loyalty and respect these craftsmen had for John and the entire organization. 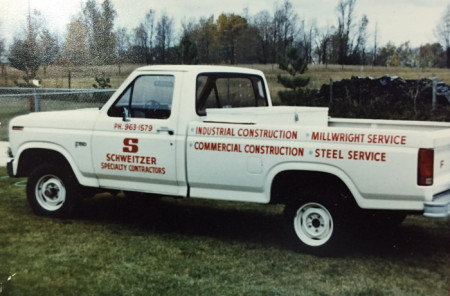 In 1972, J. Chris Schweitzer joined his father in business and set about writing a new chapter in the company’s history. Starting first as a carpenter and growing into the role of President was about a ten year transition. Starting in the field gave Chris a chance to recruit the next generation of Schweitzer employees. Upon John’s retirement in 1981, David Schweitzer joined the company as a Vice President moving to Battle Creek from Indiana where he had served in the public sector. The Company saw continued growth during the next twenty-five years and diversification of the business to include construction management, real estate development and design / build models. Schweitzer became a third generation family owned business in the year 2000 when Andrew D. Schweitzer joined the firm in an office role after completion of college. The core philosophy has always been the same: Deliver exceptional customer service and high value solutions for our customers. Chris’s untimely death in 2006 was a shock, but the Schweitzer team rallied around David and Chris’s son Andrew (Drew) to continue to move the company forward.

Tom Beuchler joined the company as Vice President in January of 2007 and brought his 30 years of construction experience to the management ranks. David retired at the end of the 2008 calendar year and the Company began its  second 50 years with Tom as President – CEO and with Drew Schweitzer serving as Vice President – COO.

The future is bright, with new people, new markets and new technologies all in place. Still, John’s simple philosophy is at the core of Schweitzer values: Be honest, be fair, and be good.

Our Mission is to deliver exceptional client satisfaction through proven management techniques and industry expertise.

Our Vision is to be the regional leader in commercial and industrial construction management, design/build, general contracting and maintenance services. 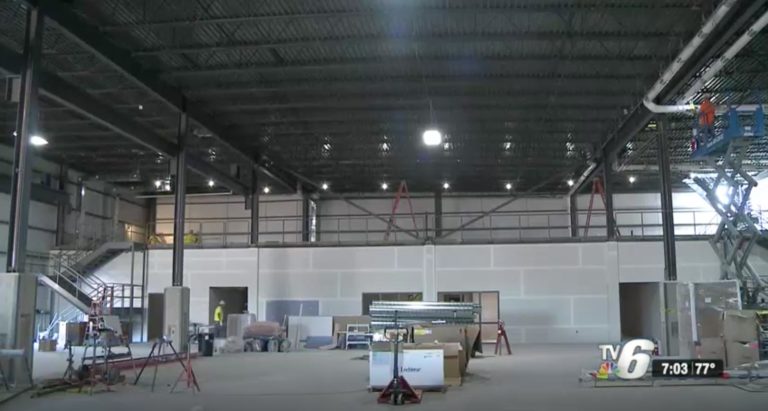 “We appreciated the work which your company has done in our building, because it was always done well and in a timely manner. Our recent experience has revealed the 'heart' of your firm—caring, commitment, and integrity.”